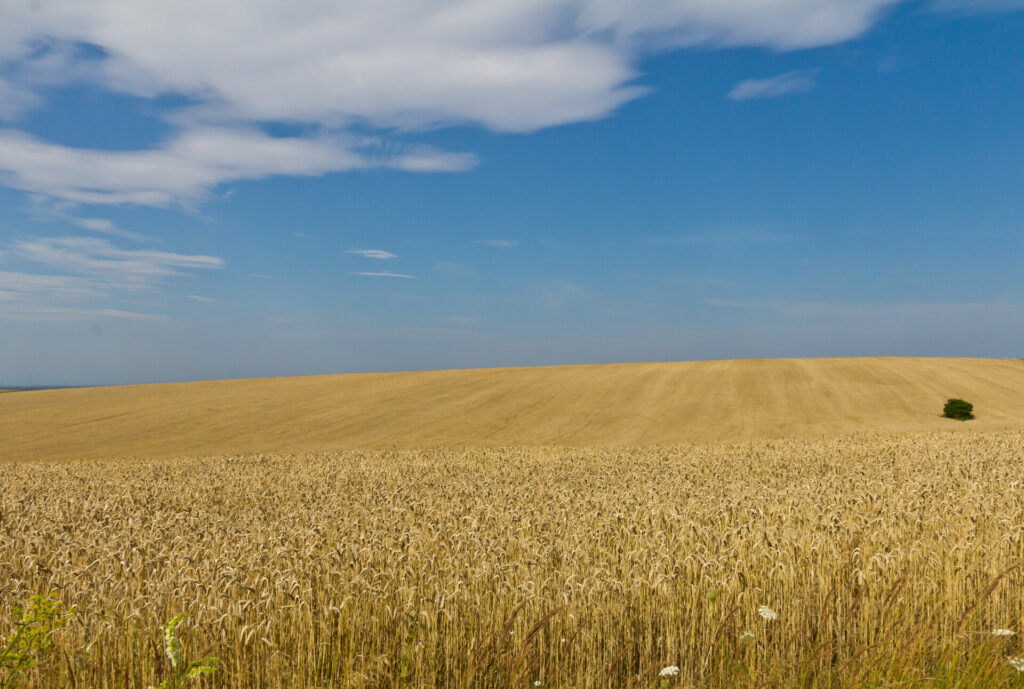 A healthy diet and regular exercise are two of the most important things you can do to improve your overall health. Exercise promotes healthy blood flow and circulation, while a proper diet maintains gut and hormone balance, giving your body the tools to function correctly.

So, what does war have to do with your health? Inventions of war, namely herbicides, are part of solving one of the biggest problems in modern civilization: food scarcity. Herbicides are part of a new class of technologies and methods for growing crops that led to dramatic increases in food production. While the invention of herbicides has been a great boon for society, scientists are starting to question how they could be offsetting the balance of how we digest food and regulate our hormones.

The beginning of the 20th century marked one of the most challenging periods in modern history.

The trouble was due, in part, to the fact that the population was proliferating while the amount of arable land remained relatively constant. As a result, food prices skyrocketed, making it difficult for many people to afford basic necessities. Natural disasters such as droughts and floods, which wiped out crops and caused widespread famine, exacerbated food scarcity. The resulting widespread food shortages and malnutrition had a devastating impact on the health of Americans.

The Green Revolution, which began in the 1940s and lasted until the 1970s, changed everything. New technologies and methods for growing crops led to a dramatic increase in food production.

By the mid-20th century, farmers could produce more food than ever before, and this allowed them to feed growing populations around the world.

There are still many people who do not have access to enough food, and more work needs to be done to ensure that everyone has enough to eat.

Herbicides are a relativity new innovation in agriculture that has led to massive advances in agricultural productivity and downward pressure on the price of foodstuff.

The increased use of herbicides over the past half century is leading scientists to question whether they could be contributing to an imbalance in your gut biome. Many crops, particularly soy and maize grown in the western hemisphere, are laden with herbicides.

Herbicides, unlike pesticides, have a small presence in nature. This is due to the way crops defend themselves. Crops have defenses that fight off insects, but they don’t need to attack each other to succeed. Crops compete over limited light, water, and nutrient resources.

Agent Orange was used extensively during the Vietnam War to clear jungle and forest. Between 1962 and 1971, the United States military sprayed Agent Orange over more than 10 million acres of Vietnam and southern Laos. The herbicide was sprayed from airplanes and helicopters, and it was also used to strip the leaves from trees and plants.

Since Agent Orange was used in Vietnam, its use has been discontinued. However, a newer herbicide called glyphosate has emerged as a potential replacement. Glyphosate is the active ingredient in Roundup, the most popular weed killer globally.

The majority of genetically modified crops are spliced with the chemical glyphosate to become resistant to Roundup. This breed of GMOs is commonly called Roundup Ready, or glyphosate-resistant crops. That means Roundup can be sprayed across a field, killing every plant except for those with the GMO resistance, which has led to massive gains in agricultural productivity since a forest of weeds could be cleared where only crops resistant to Roundup are left standing. Instead of sending farmers to pluck weeds that compete with crops for resources, fields need only to be sprayed once or twice a season.

Consequently, glyphosate is one of the most notorious chemicals found across the food chain. One way that glyphosate has been linked to inflammation is by disrupting the gut microbiome. The gut microbiome is a collection of bacteria that live in the gut. Although the link has not been thoroughly proven, glyphosate is thought to kill organisms that live in your heart—which help the body digest food and extract nutrients, synthesize vitamins, protect the body from infection, and support immune system function.

Glyphosate can also disrupt hormone balance. Hormones play an essential role in inflammation by regulating our immune systems. When glyphosate disrupts hormone balance, it can cause thy body to produce more inflammatory molecules.

These problems are often linked to inflammation. Inflammation is one way your body defends itself. This defense mechanism is heightened during the healing process. When your body identifies an intruder, it will launch a biological response to deal with it. The intruder, in most cases, could be a pathogen, irritant, virus, bacteria, or any other organism. It could also be caused by an imbalance in your gut biome. Since inflammation occurs when your body fights to protect itself, it is intrinsically linked to chronic illness or even autoimmune diseases.

How does an anti-inflammatory diet work? According to Dr. Frank Hu, professor of nutrition and epidemiology at Harvard School of Public Health, many experimental studies show food or beverage components may have inflammatory effects.

What can you do to avoid herbicides? Be wary of foods that contain soybean, maze (mainly corn oil), corn syrup, or animals that are fed foodstuffs (feed for livestock, raw ingredients for processed foods), such as:

In addition to avoiding foods that can throw your body out of balance, there are several foods with anti-inflammatory enzymes, such as bromelain. This enzyme is found in the stem of the pineapple plant. Bromelain effectively reduces inflammation in a variety of different tissues, including the gut, lungs, and skin.

Papaya is another fruit that contains an anti-inflammatory enzyme called papain. Papain is effective at reducing inflammation in the gut.

Several animal-based enzymes have anti-inflammatory activities. One such enzyme is pancreatin. This enzyme is found in the pancreas of mammals. Pancreatin is effective at reducing inflammation in the gut.

What are some of the foods you can incorporate into your diet?

Several foods have unique enzymes with unique properties that effectively reduce inflammation. Using a combination of different enzymes makes it possible to get the most benefit from their anti-inflammatory activities.

Healthy eating is not the only way to reduce inflammation. Exercise must be considered too. Many people who suffer from a chronic illness get there due to lousy eating habits and a sedentary lifestyle. Exercise has been shown to improve mood and overall well-being, which can help encourage you to stay on track and continue

Researchers at the University of California San Diego School of Medicine showed how a single exercise session can be utilized as anti-inflammatory therapy. How simple can this exercise activity be? Researchers found that high-intensity complete body movements for as little as ten minutes, or a moderate twenty-minute walk, can have significant benefits.

Inflammation, to some degree, is inevitable and healthy. The problem with inflammation is when it becomes chronic, which can signify a more serious problem. Hence there is a need to stay ahead of chronic inflammation by balancing a healthy diet and proper exercise.

A study published in the Journal Brain, Behavior and Immunity showed that getting your blood pumping within twenty minutes of walking is all you need to stimulate the immune system so that it builds up a cellular response big enough to deal with it. The effects of a twenty-minute walk or a ten-minute whole body exercise can last for several hours.

The most straightforward exercise that comes highly recommended is a twenty-minute walk. Cycling is also a good exercise activity for those with inflammation. You can apply the simple act of stretching to help you reduce the effects of inflammation. Stretching lowers the risk of injury and inflammation while at the same time gradually increasing your exercise intensity. If you are in a rush, you can engage in a brief and higher intensity classes that can get the job done in as little as ten minutes.

Knowing that diet and exercise play a significant role in mitigating inflammation, what would be the right balance? According to the Gene Smart program, one should work out four to five times every week. Aerobic exercise can be done three times a week, and the remaining two days can be covered by weight training. Studies show that regular exercise reduces CRP protein levels by 50 percent. CRP is an inflammatory messenger.

Add an anti-inflammatory diet to your plan, and you are set. Here is a simple guide that could help you stick to your project.

Other actions you can take

A web3 approach to launching a consumer electronics device.